As promised I thought I would show you some of our tried and tested dinners.

Both Chris and I are creatures of habit, our weeks dinners are as follows, the say if it works don't fix it so we stick to the plan and go with what works.

Sunday - full roast dinner, either pork or chicken, we pile it up with baby potatoes, swede or Turnip depending on what part of the country you live in we use the orange one and call it turnip, broccoli, cauliflower and green beans. We leave out the Yorkshire Puddings.

Monday - Curry night, classic slimming world curry, loads of spices and it tastes as good as a takeaway from our favourite Indian restaurant. 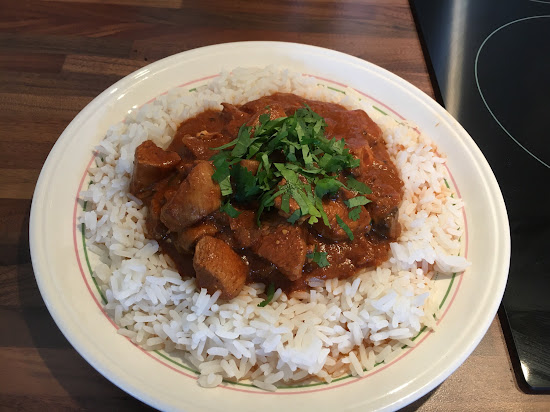 This was it cooking 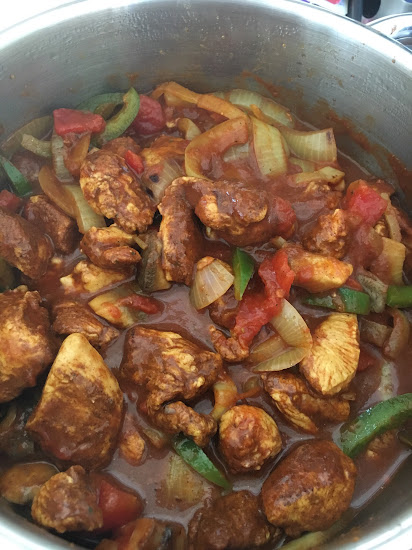 Finished with fish sauce and a twist of lime, I never thought I would like fish sauce but it's lovely. 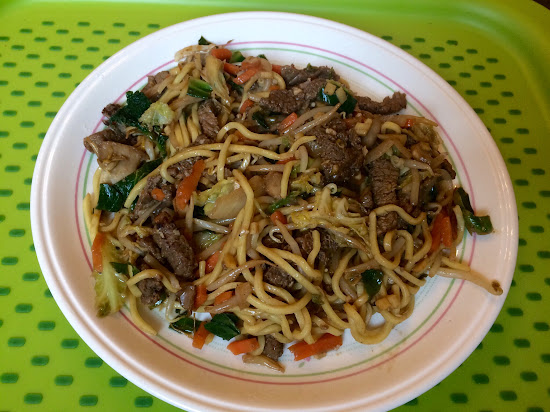 Wednesday - Prawn Salad, something we both look forward to, quite funny really as when we were first married Chris would now no way eat salad, I think the only salad he had had was side salad with no dressing, I converted him as I always do a tossed salad, loads of boiled eggs, I even chop up crab sticks and toss it with the salad in a low fat dressing mixed with a little cider vinigar. 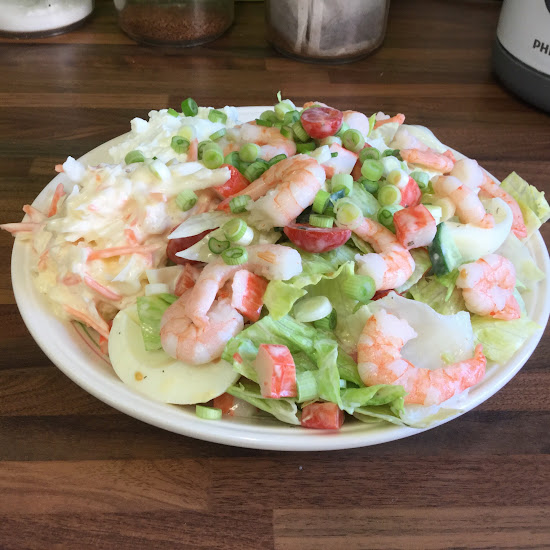 Saturday - Steak night, we have always had this, the steak is ribeye and normally around a 15oz steak however the steak that Chris had tonight was a beast and was 18.5 oz. We stopped the unhealthy spicey frozen wedged and now make our own sweet potato spicey wedges and loads of roast onion, peppers and mushroom. 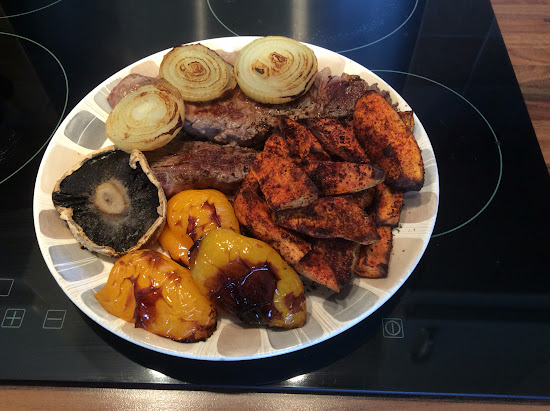 So that is our weekly menu in a nutshell.

However I did make a Slimming World Pizza for a taster event and we were thrilled at how it tasted, the base is made from cauliflower rice and egg and baked blind until crispy. 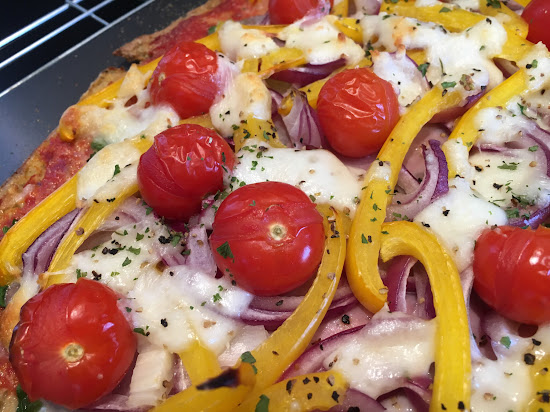 We would definitely have it again. 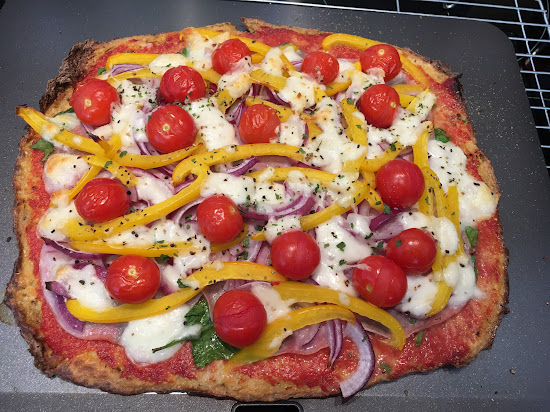 Posted with Blogsy
Posted by Jak Heath at 20:34 8 comments:

13 weeks ago after problems with my back again I knew I had to do something, the last straw was I kept collapsing in a heap with pain.

Luckily I have the most supportive husband that anyone could ask for and he came along to A Slimming world group with me.

Of course the weight dropped of Chris and he has now reached his target but he is still coming to group each week to support me.

Some of the meals we have had has been gorgeous.

Starting with my breakfast, I try to have porridge most days, I top it with fruits banana, strawberry and raspberry, alternating. 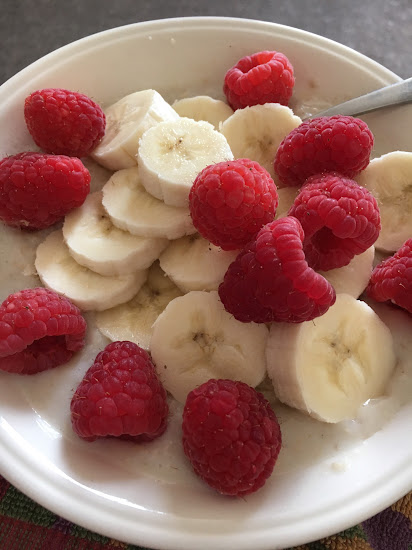 Chris however does a poached egg on whole meal bread.

Lunch has always been my struggle, I try to keep off bread as apart from loving uncut bread that I cut into doorstep size slices, I also tend to add and inch of butter.

So trying to eat different things that will keep me satisfied.

One of my favourites is muffin quiche, 6 eggs, large or 2 small fat free tubs of cottage cheese, extra lean bacon, chopped spring onions, mushrooms and salt and pepper to taste, cook on about 190'c until golden brown. 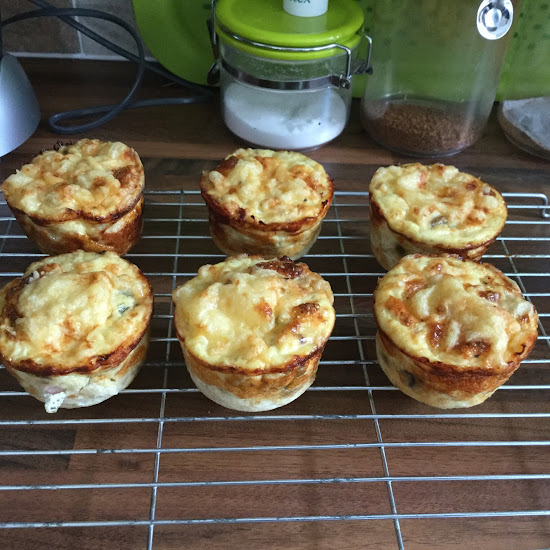 Jacket potato is another favourite go to.

I use Pease Pudding and lots of salad. 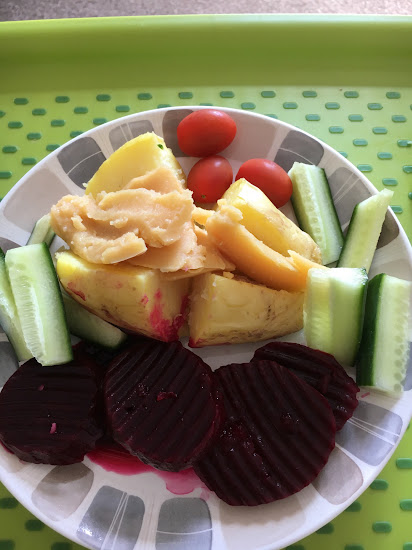 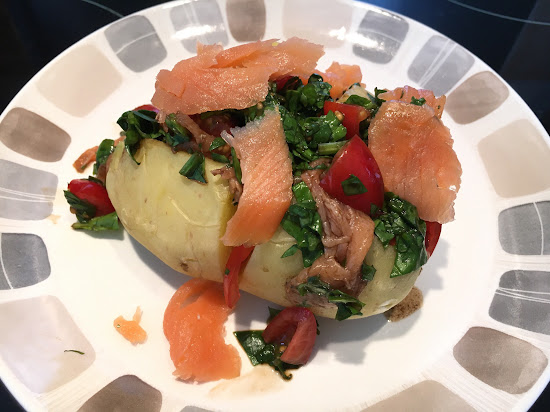 Posted with Blogsy
Posted by Jak Heath at 10:18 12 comments:

I finally found some time to crochet a cushion cover, I bought the pattern months ago but it took me a long time to find the shade of Aran wool at an affordable price to make it. 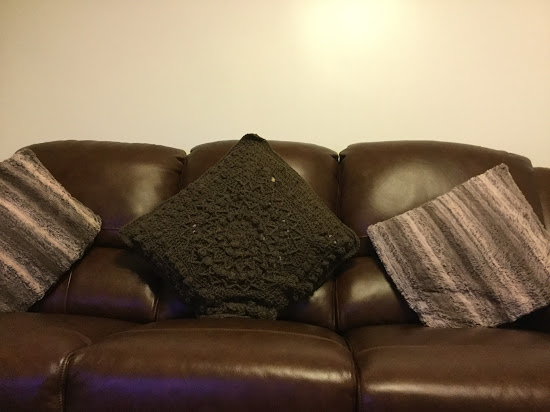 I'm really pleased how it turned out, more so that it doesn't itch my face when I sneak in a Grannie nap. 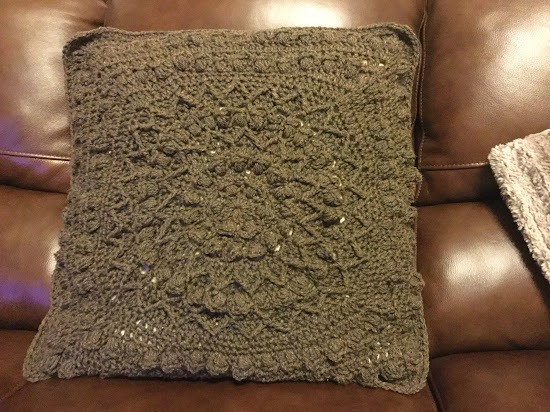 I think at some point I may need to make a dark coloured inner liner for the cushion but for now I am just pleased that it is finished. 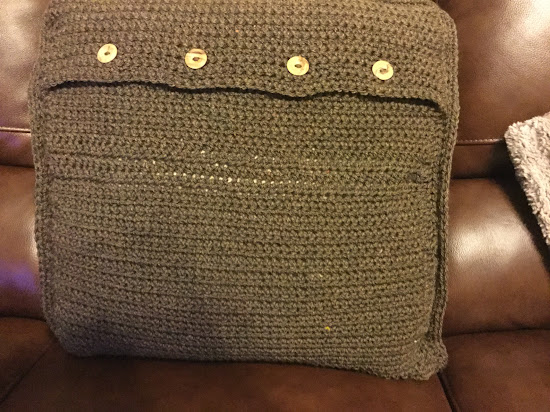 Posted with Blogsy
Posted by Jak Heath at 20:56 3 comments: