A Blast from the Past

Going for walks is still quite a novel thing for both myself and Chris, because Chris was a retained Firefighter he was always on call, so we are making up for that now that he is retired from it.

Both Chris and I grew up in the same mining village and one of our favourite playing areas was called The Blast, not the easiest places to get to although easier now than when we were children.

This poster gives a brief outline of what it was. 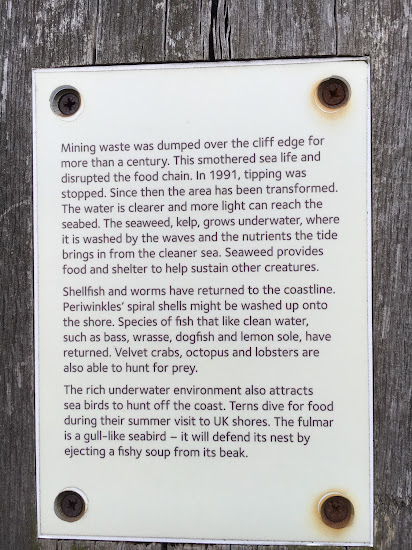 Basically the sea has cleansed the land and it now looks close to a seaside beach. 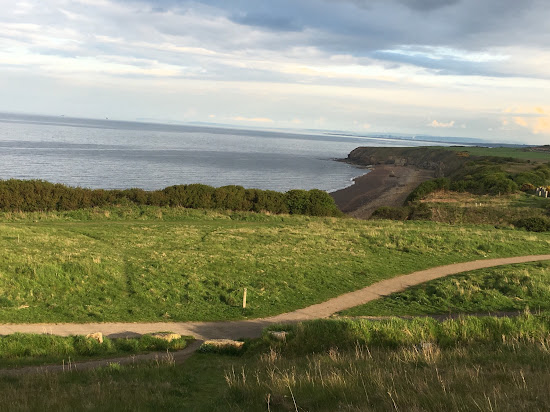 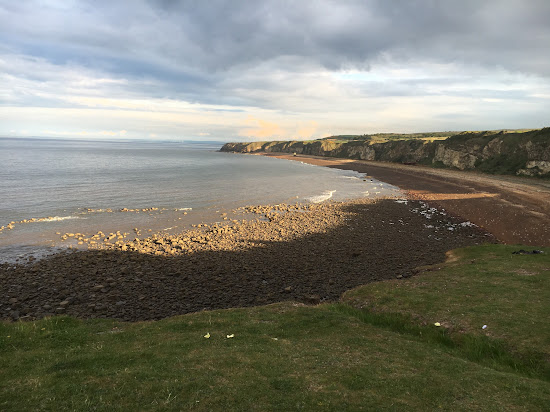 So we found a pathway down but boy was it steep, I managed to get down but thought I may need to crawl on my knees to get back to the top.

Below you can see the steep pathway from the cliff top. 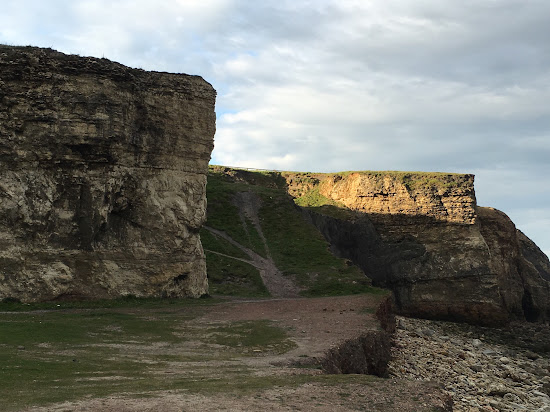 A small covering of grass, that was once an orange pool of muddy water. 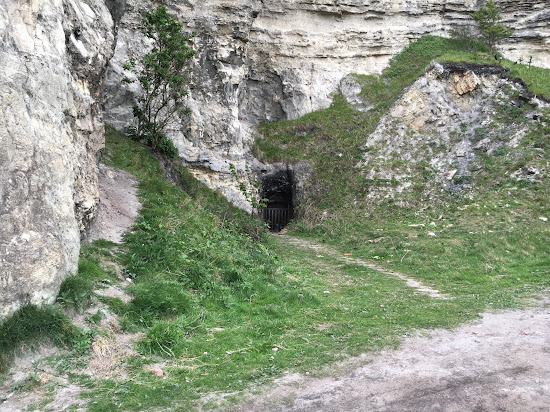 The iron gate in the cliff face would have been covered in waste from the mine and this wouldn't have been visible at all. 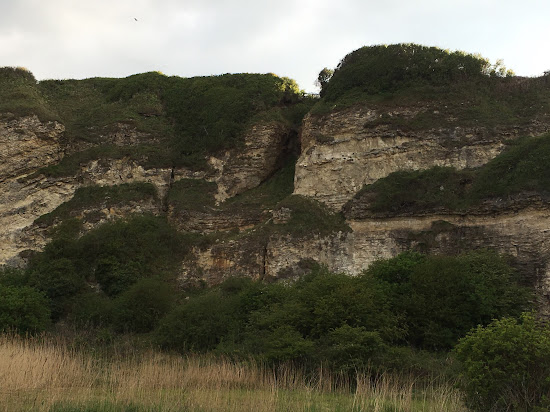 Now what is worrying is that in the above picture, there used to be a pathway that locals called the nanny goats path so as you can imagine it was a skinny rickety thing and at one point we had to walk a plank to get across it. No health and safety back then.

If all of that isn't incredible enough there were men that took old bicycles and sacks across this and down onto the blast to collect the coal that escaped with the waste. Once they had filled the sacks they had to get them back up to the top of the cliff and they only way to do this was back up the nanny goats path these men were all called Blasties by the local folk. 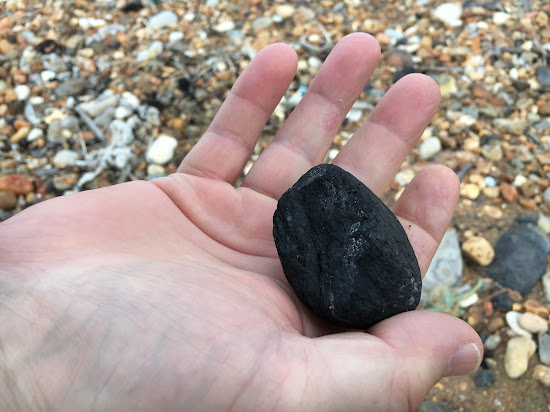 Look we found coal amongst the pebbles, infact there is still quite a bit of it left, a memory of Dawdon Pit that closed its gates in 1991 the year my youngest daughter was born. 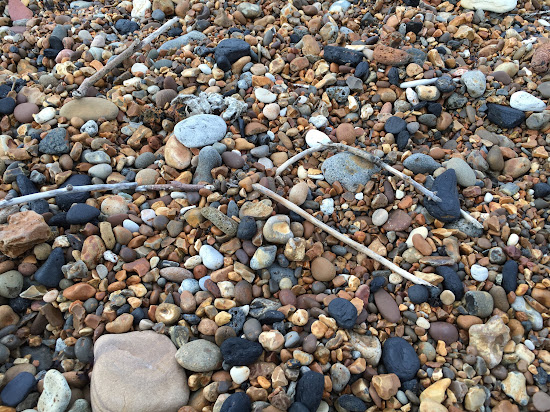 We also found patches of the grey slate like pebbles that the Blast was covered in. 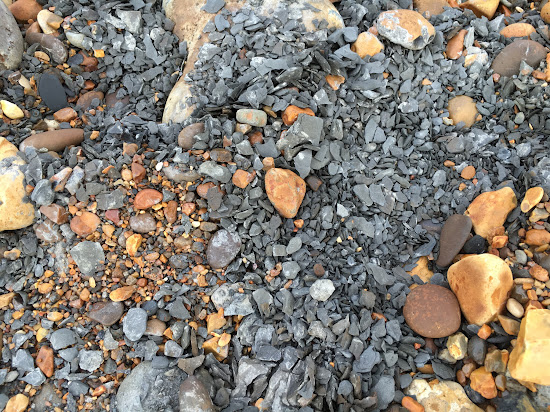 What is quite exciting for us is that the sea is claiming back the land, we even have sand now. 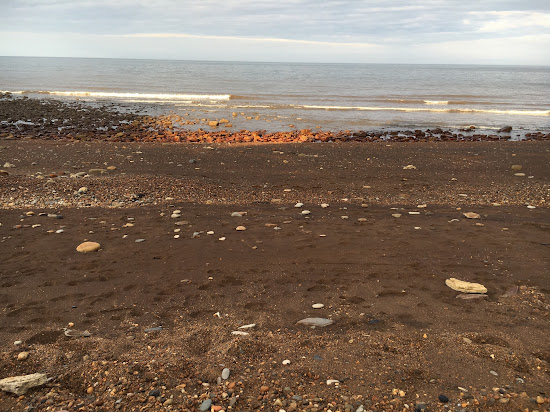 You can see this difference in the next photo of where the sea has cleansed the land. 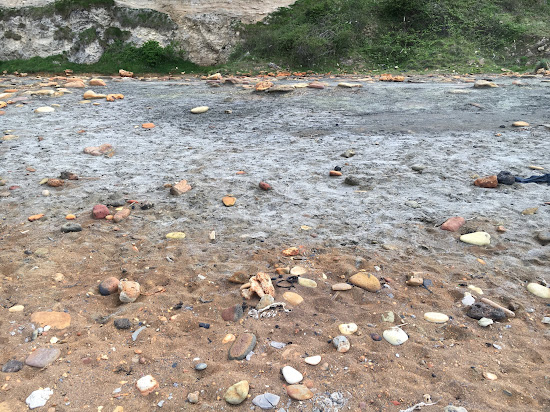 I will leave it there for now but there is so much more to show you, I'll keep the rest for another day.

Posted with Blogsy
Posted by Jak Heath at 19:14 3 comments:

We have been in a bit of a quandary over a living room clock, not wanting to hang anything on the walls as yet and not able to find a mantel clock that I liked.

I found one today in Next, the only problem we had was that it was grey and wouldn't go with our home decor.

I bought it anyway as a stop gap as it was odd not having a clock in the living room. I placed it on the mantel piece but it looked dreadful, then this happened....... 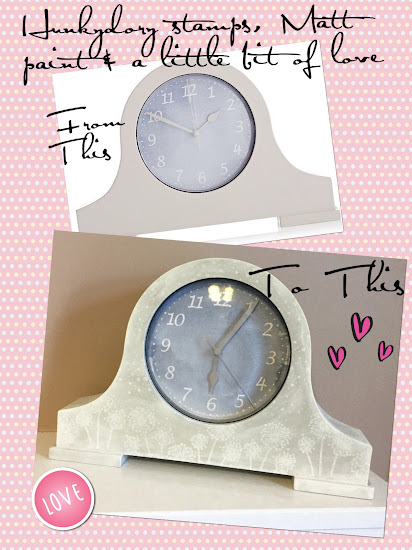 And now it looks right at home. 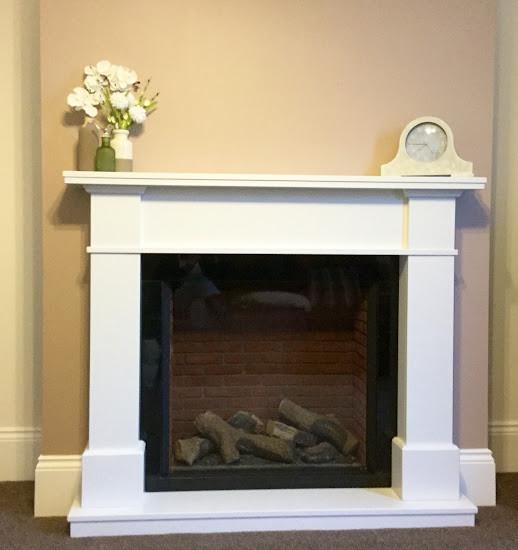 Posted with Blogsy
Posted by Jak Heath at 20:20 9 comments: